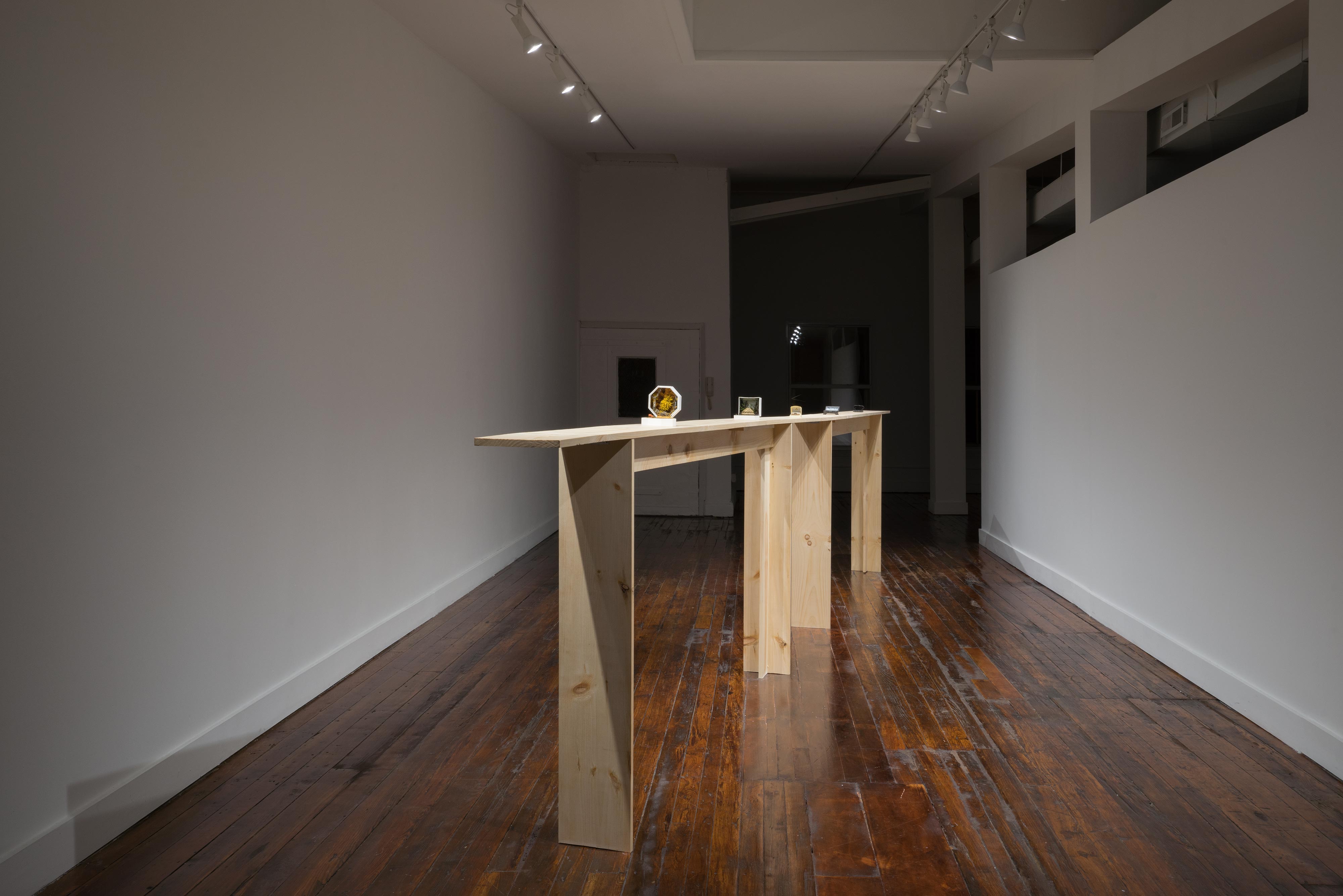 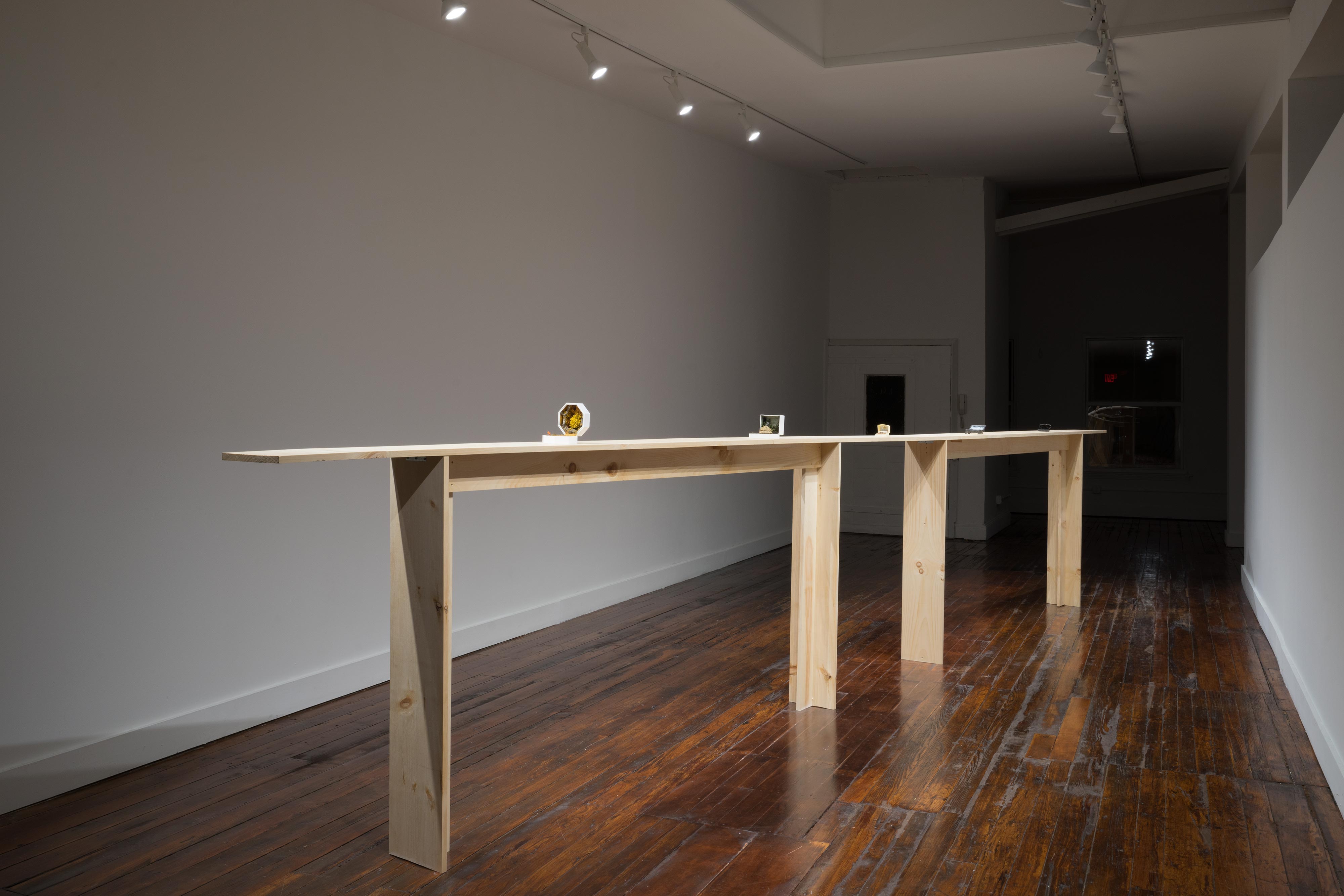 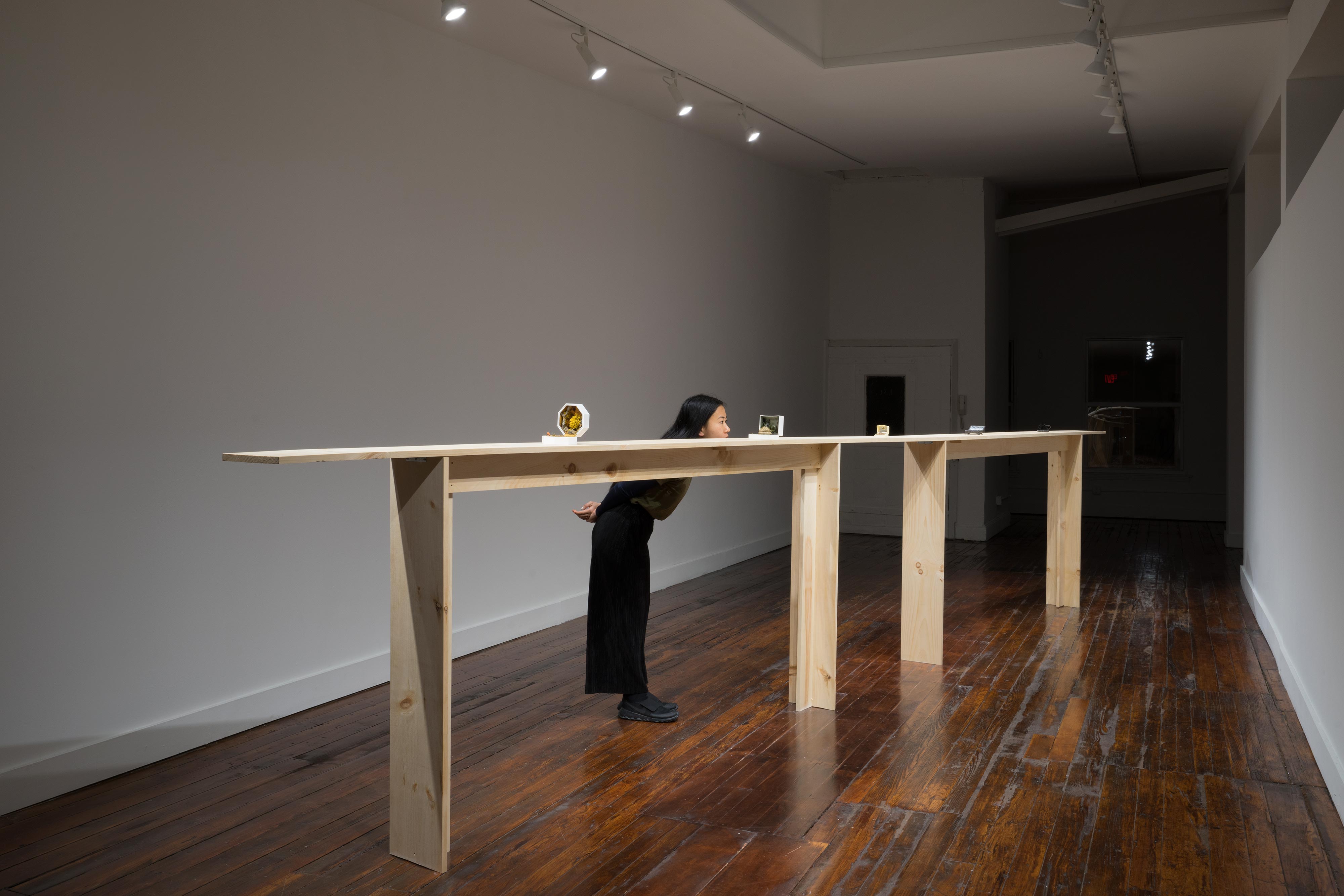 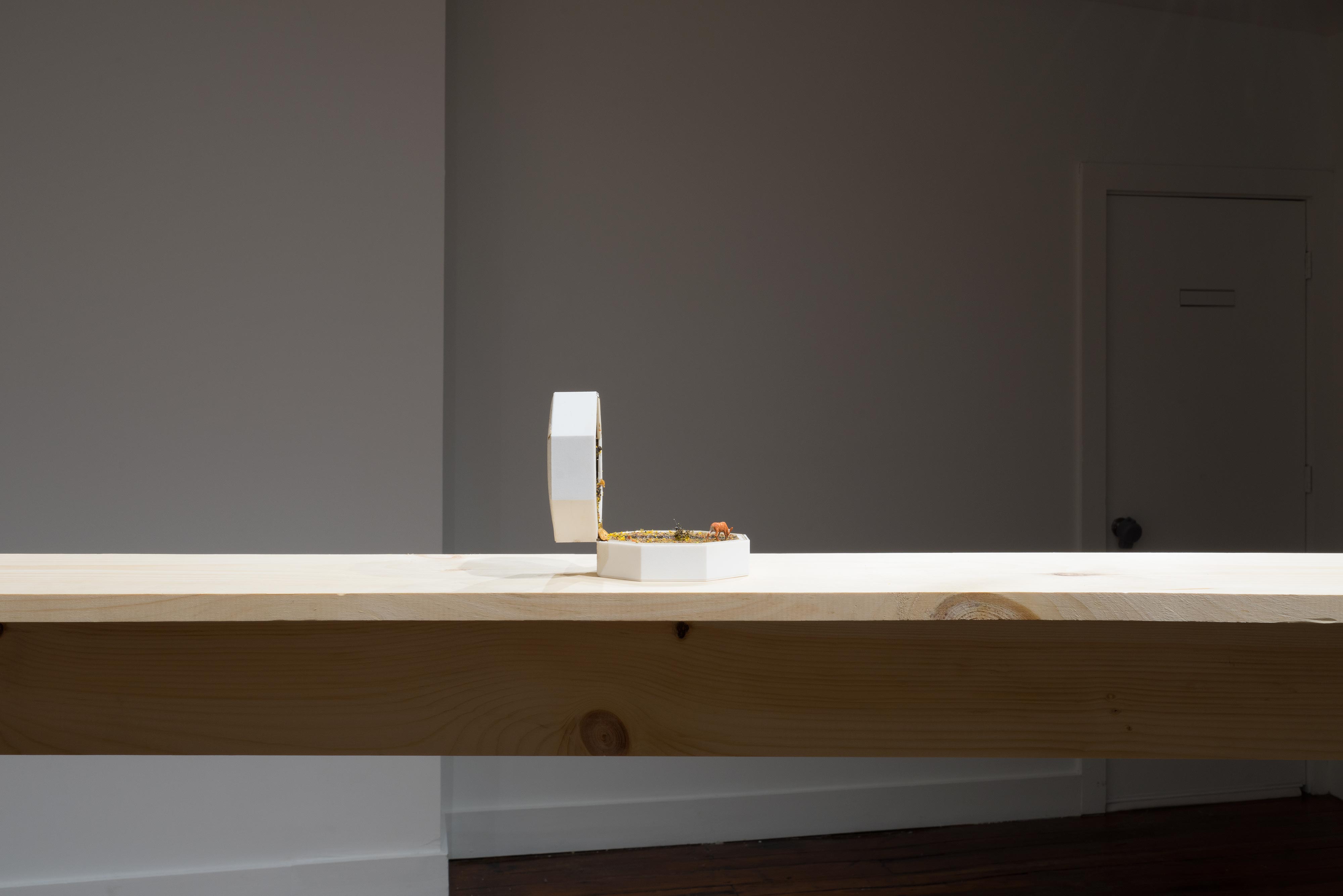 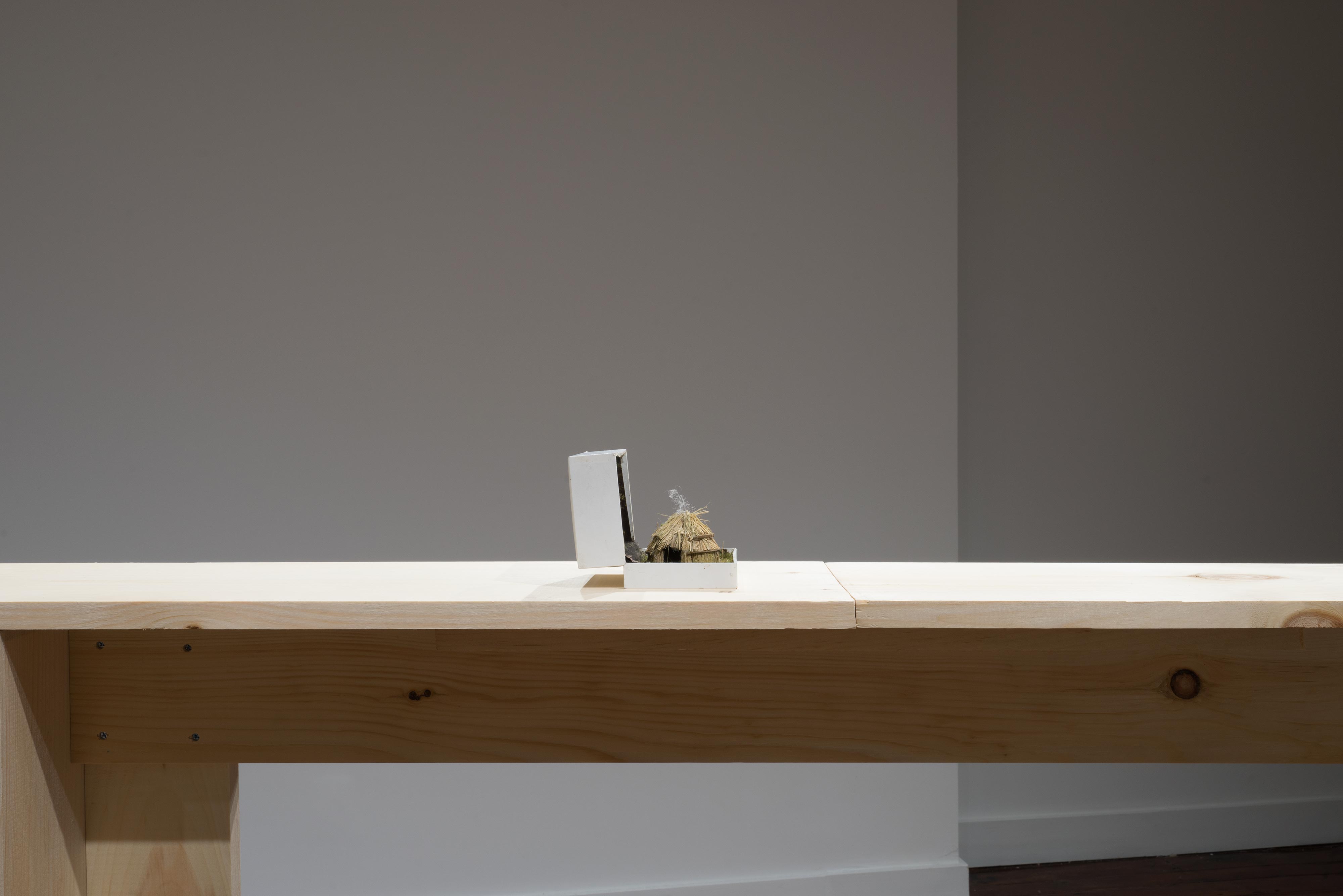 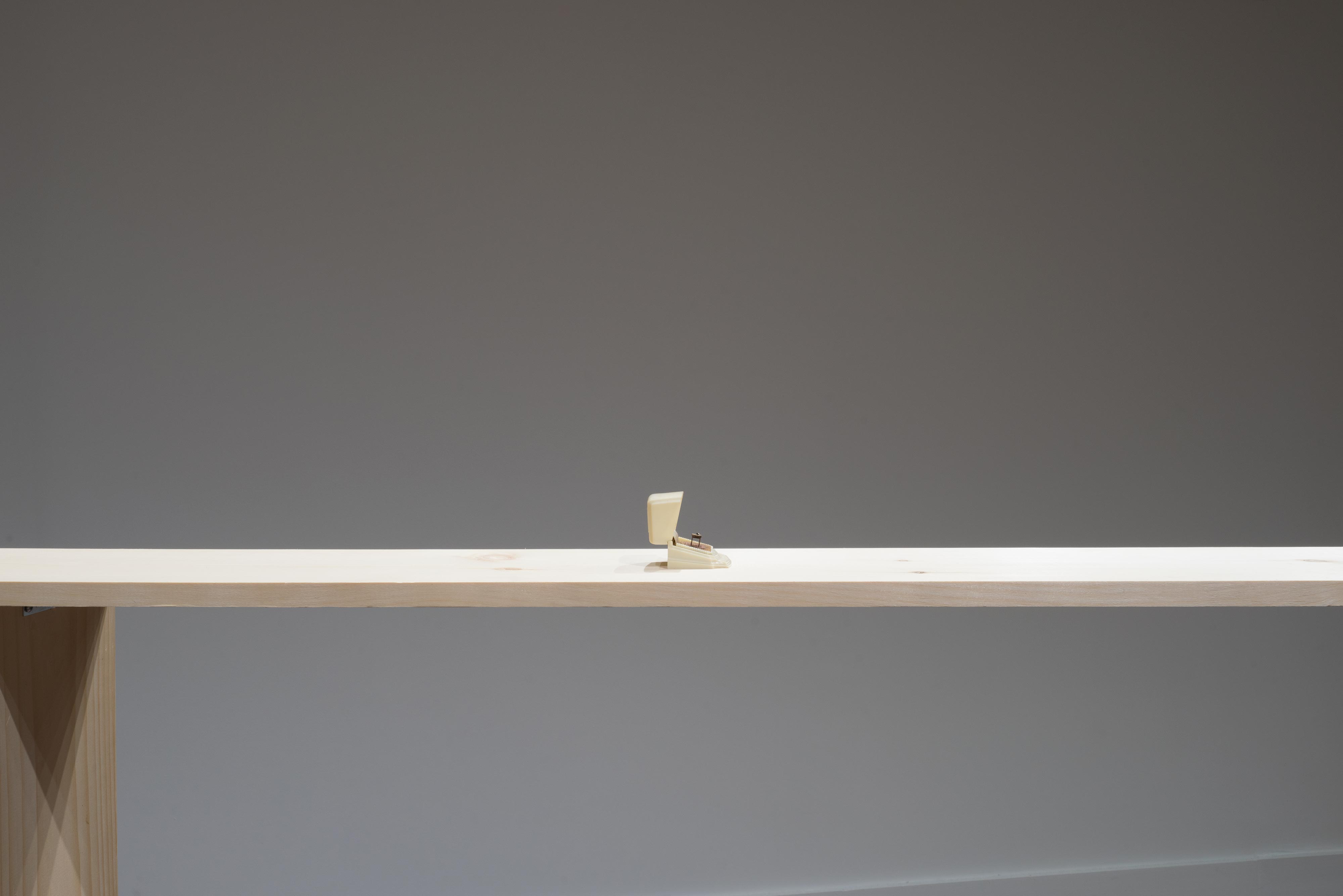 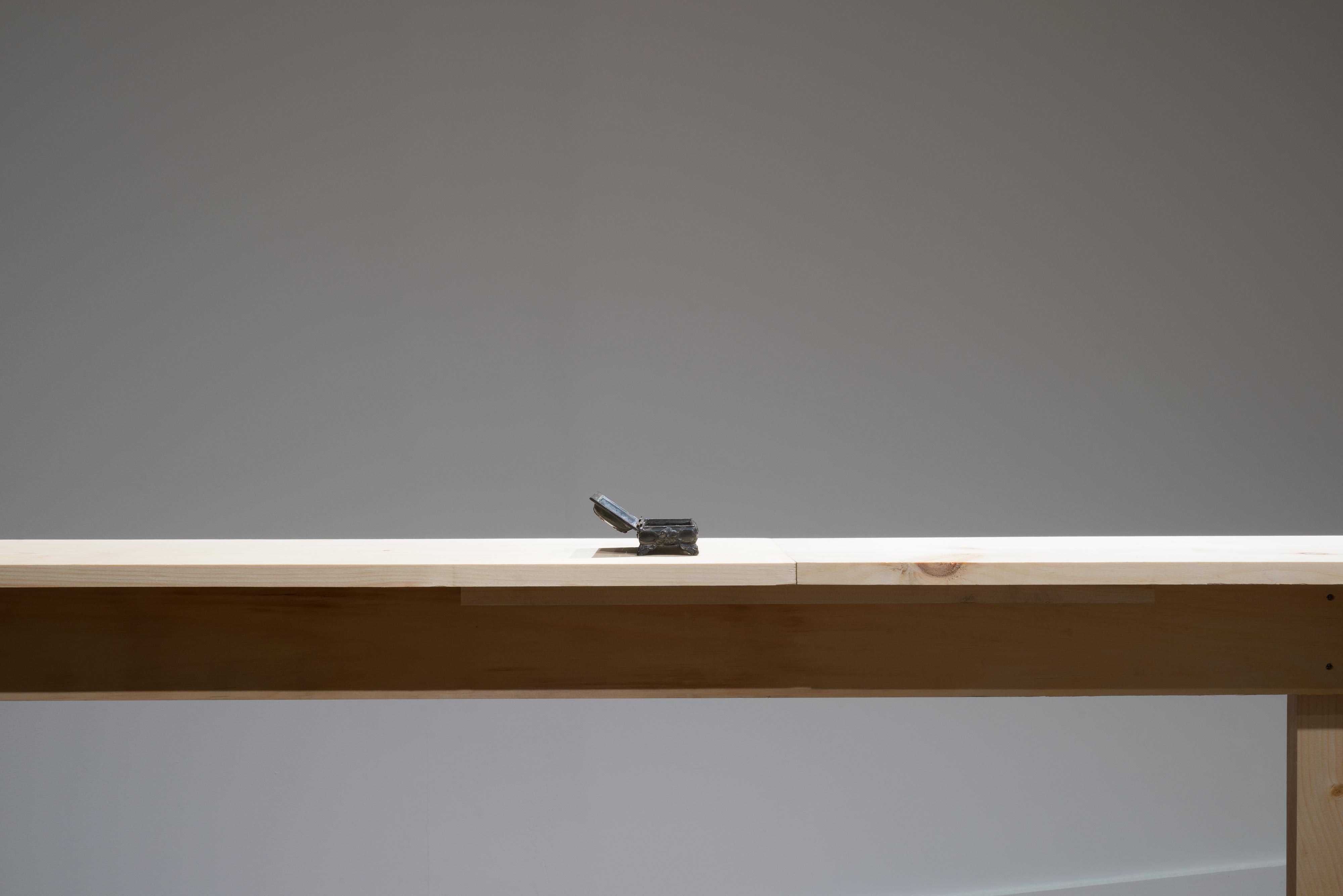 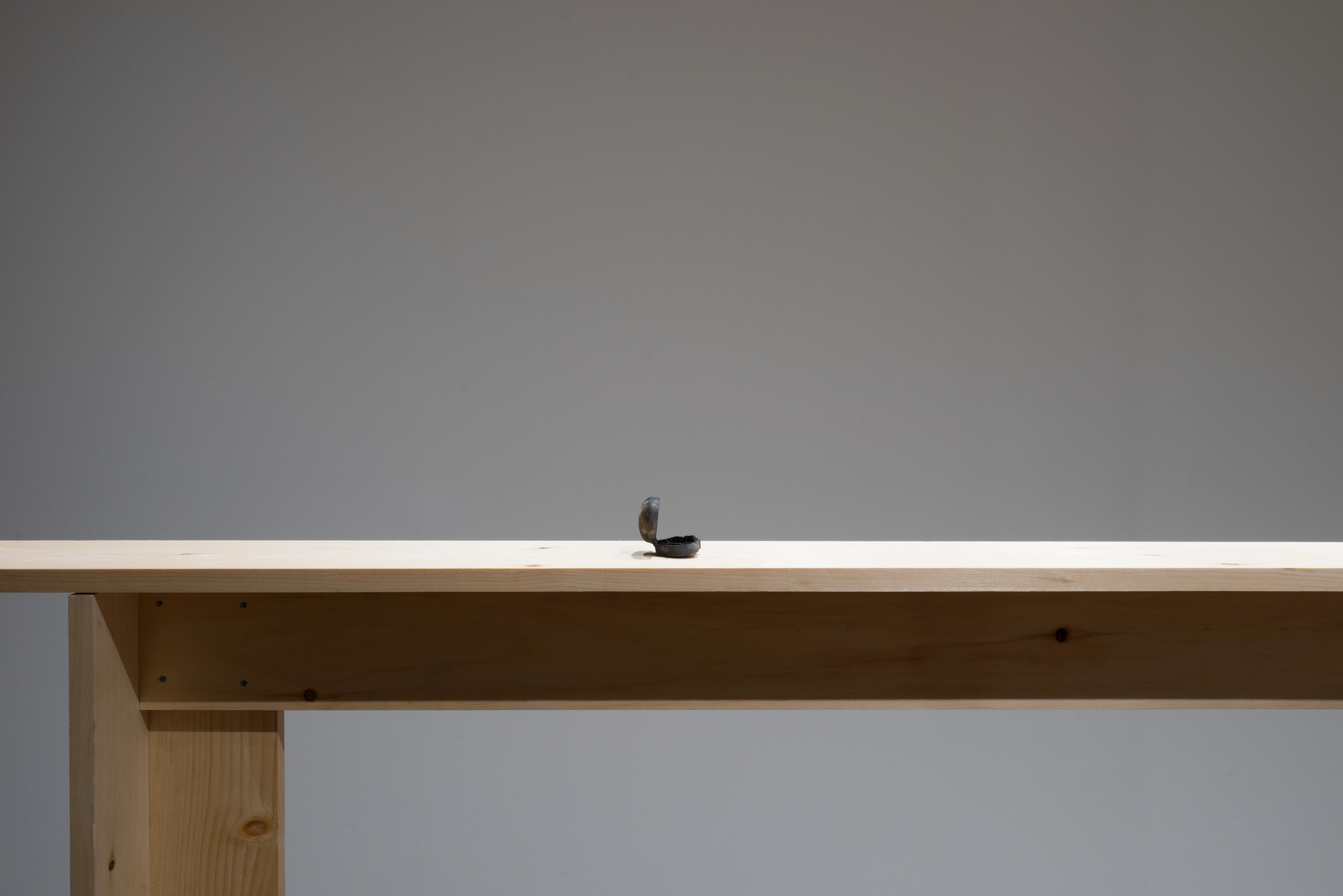 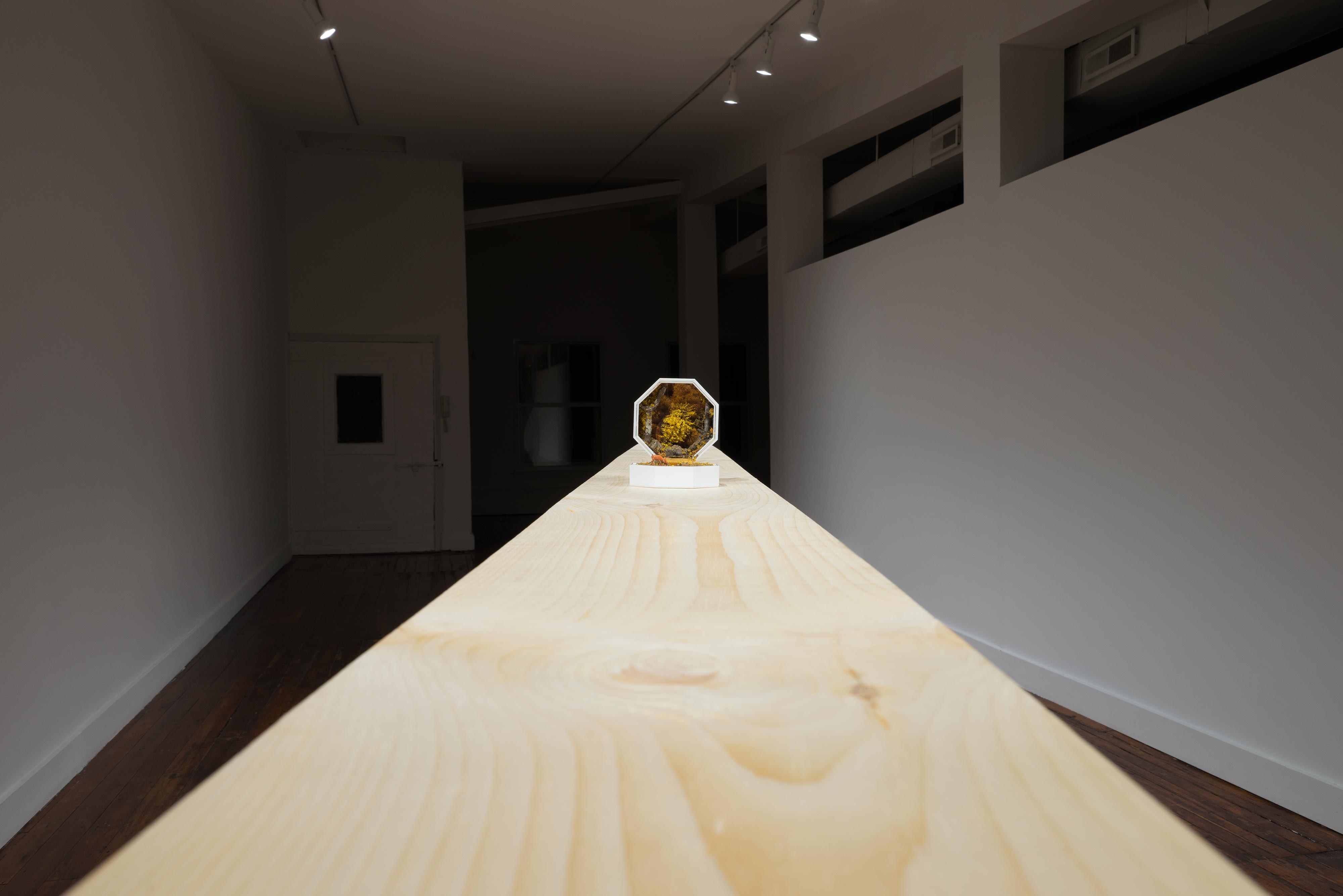 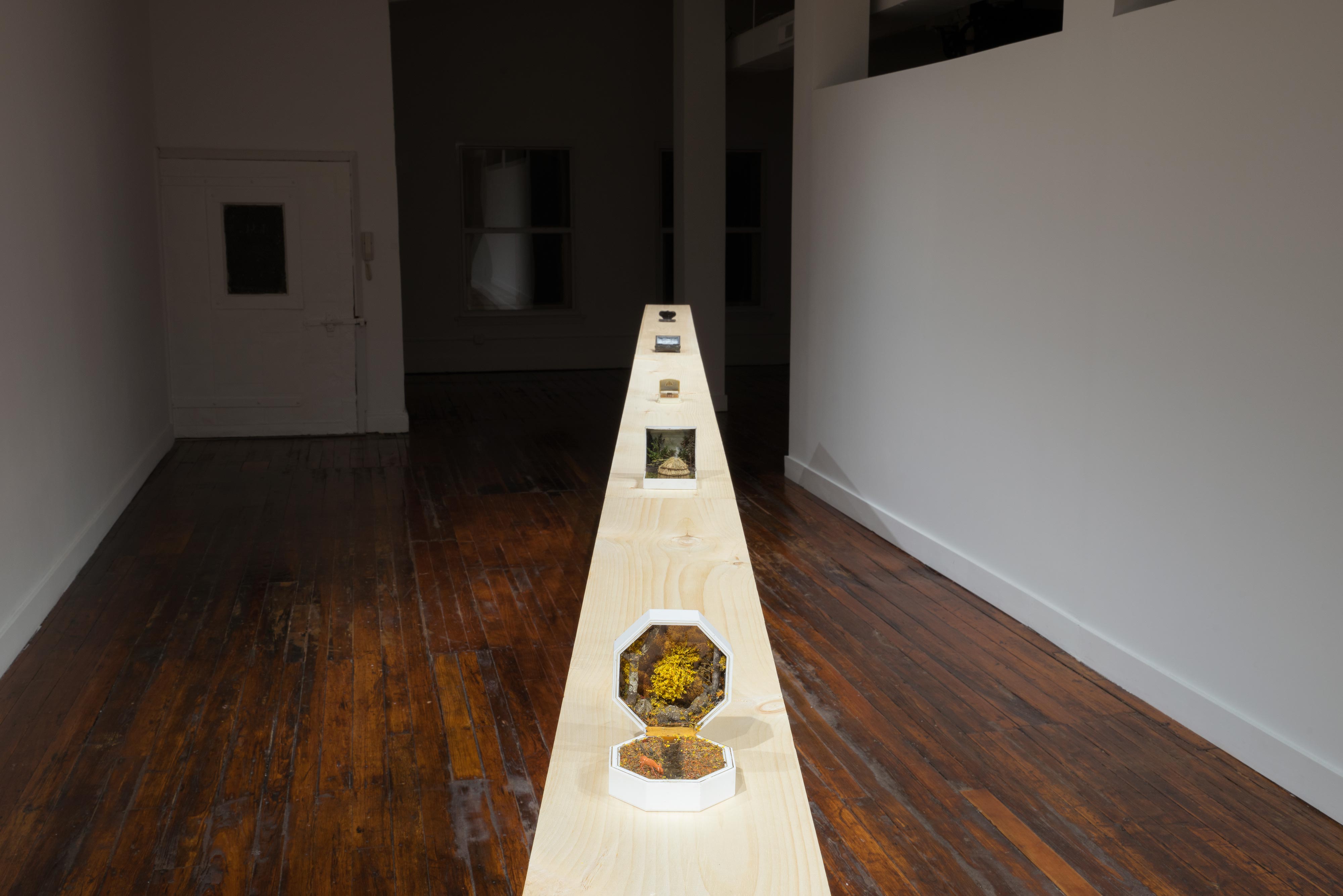 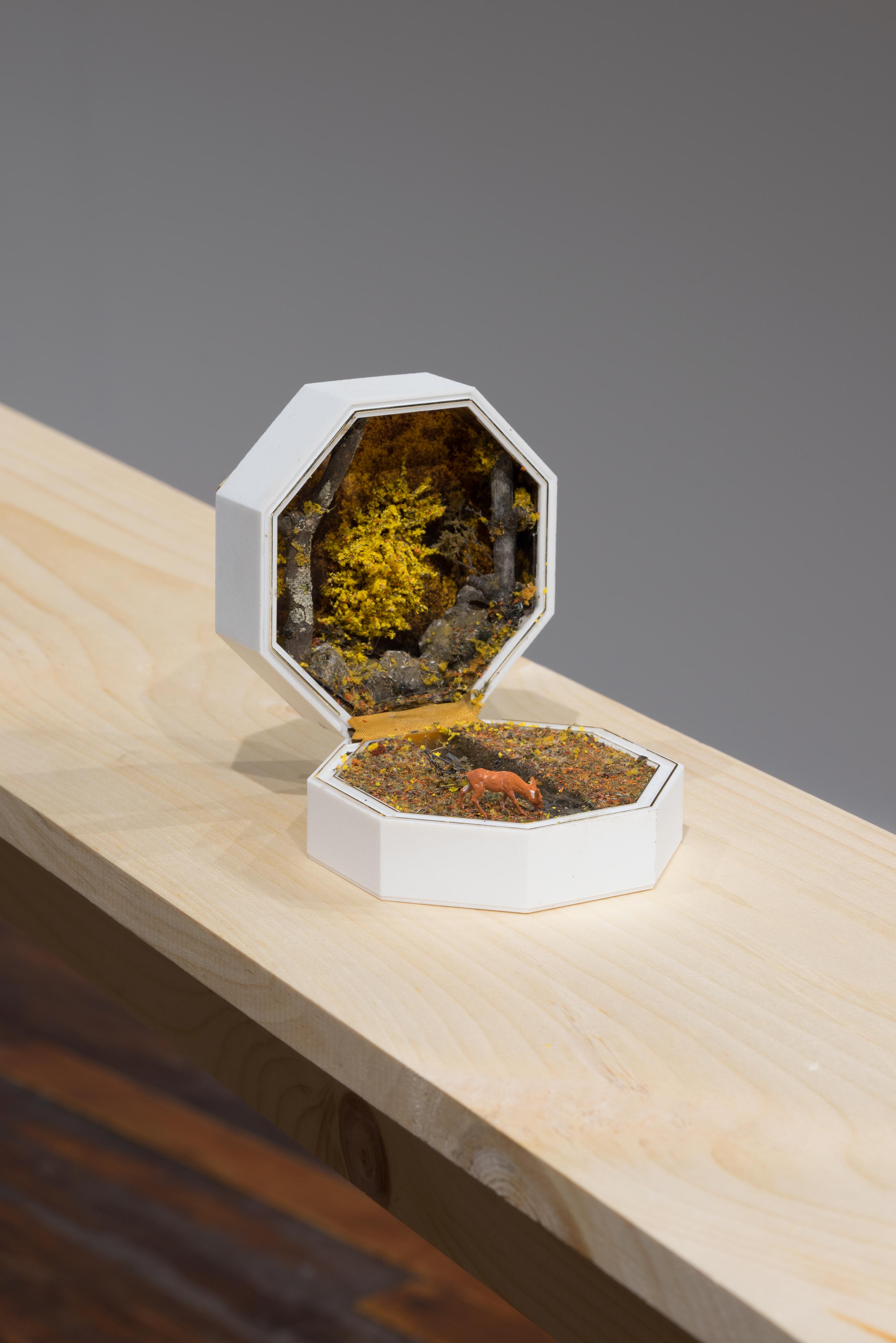 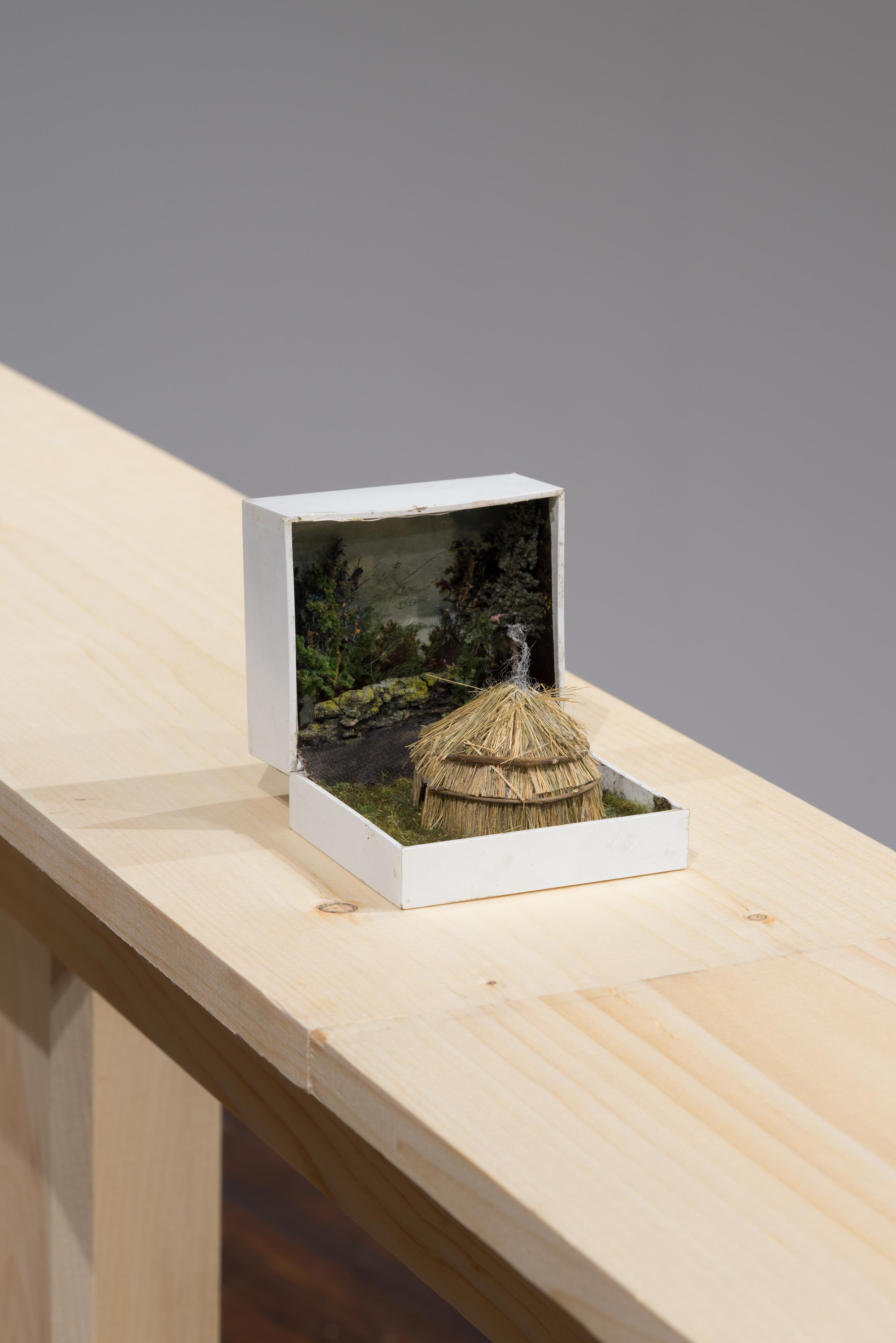 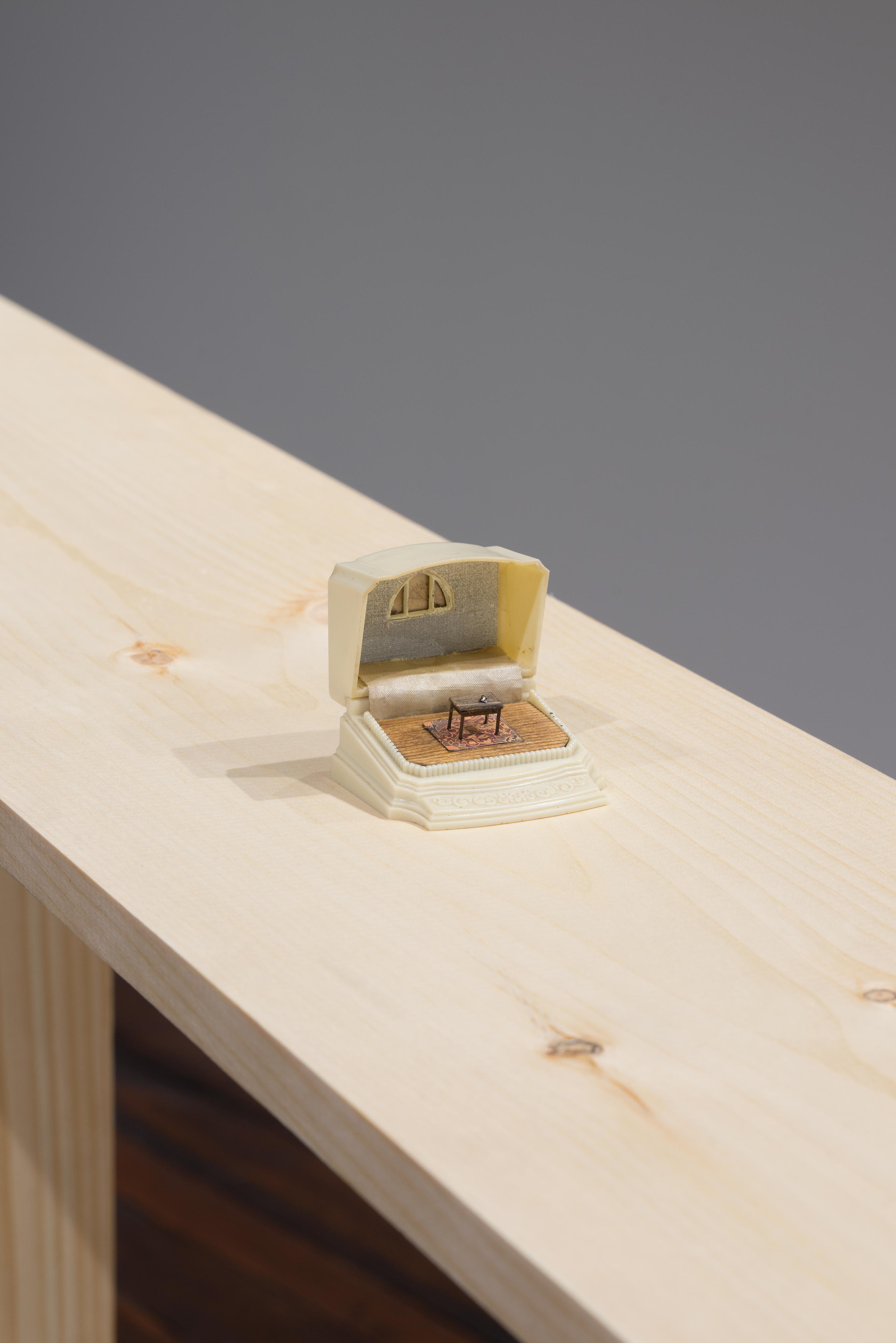 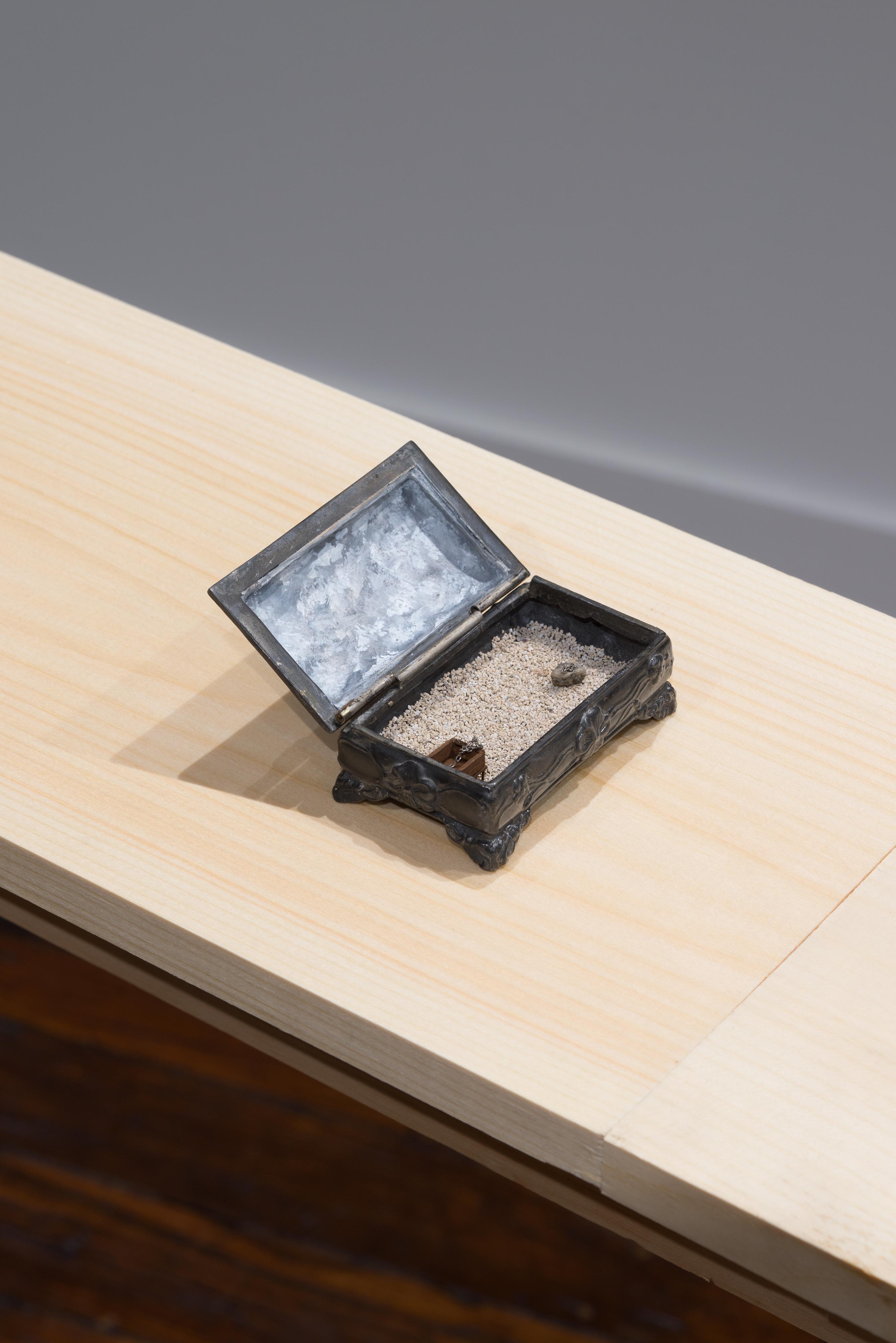 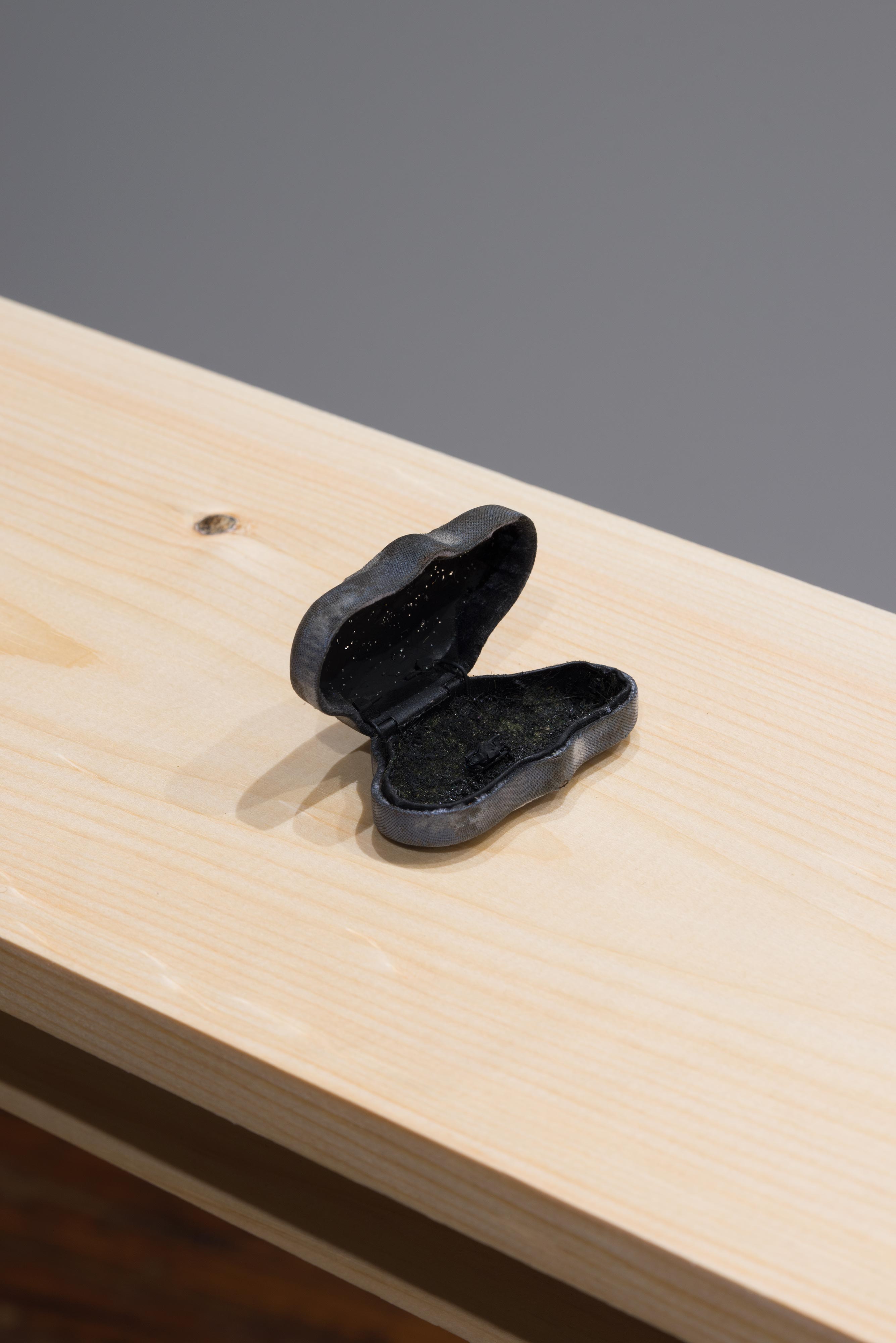 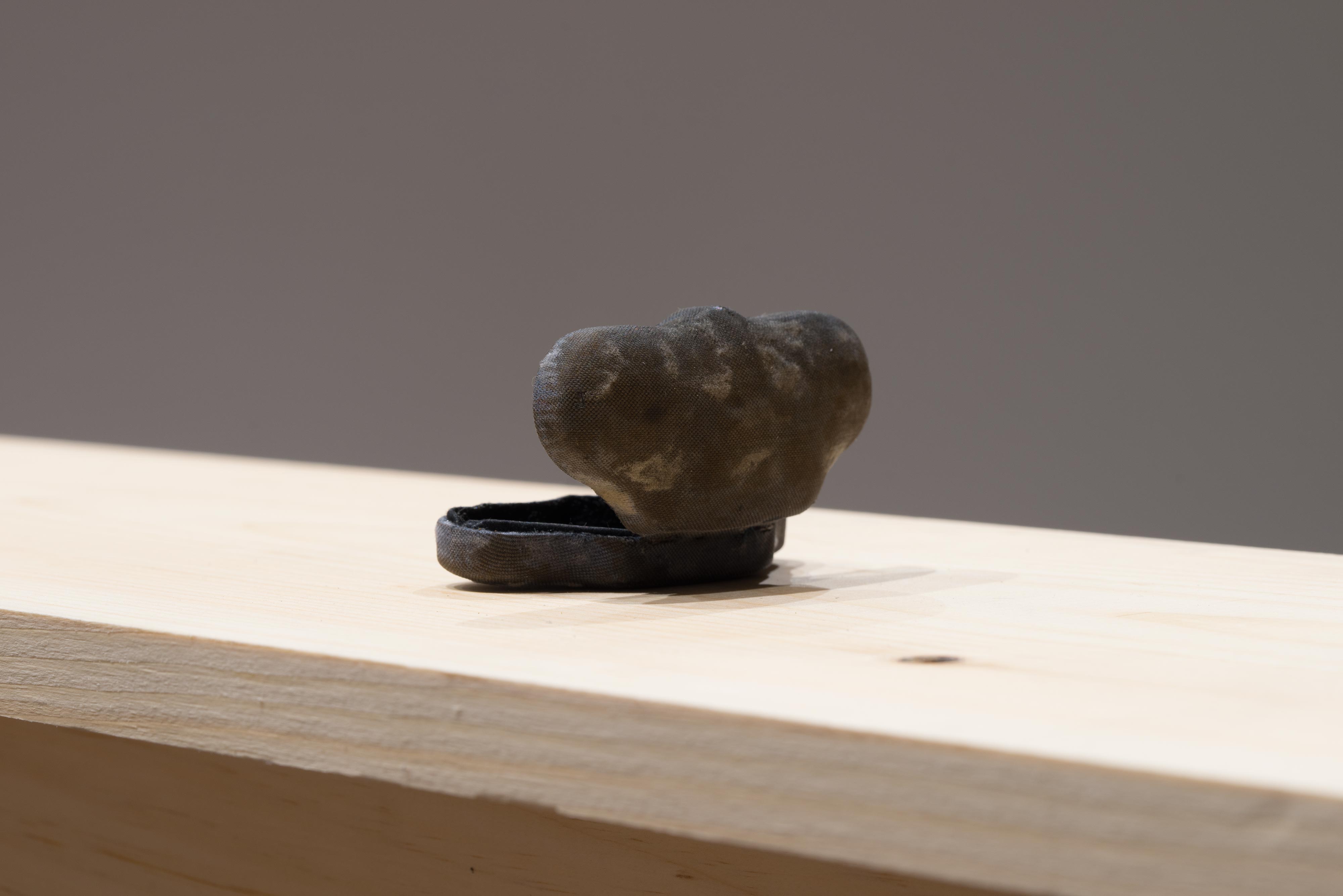 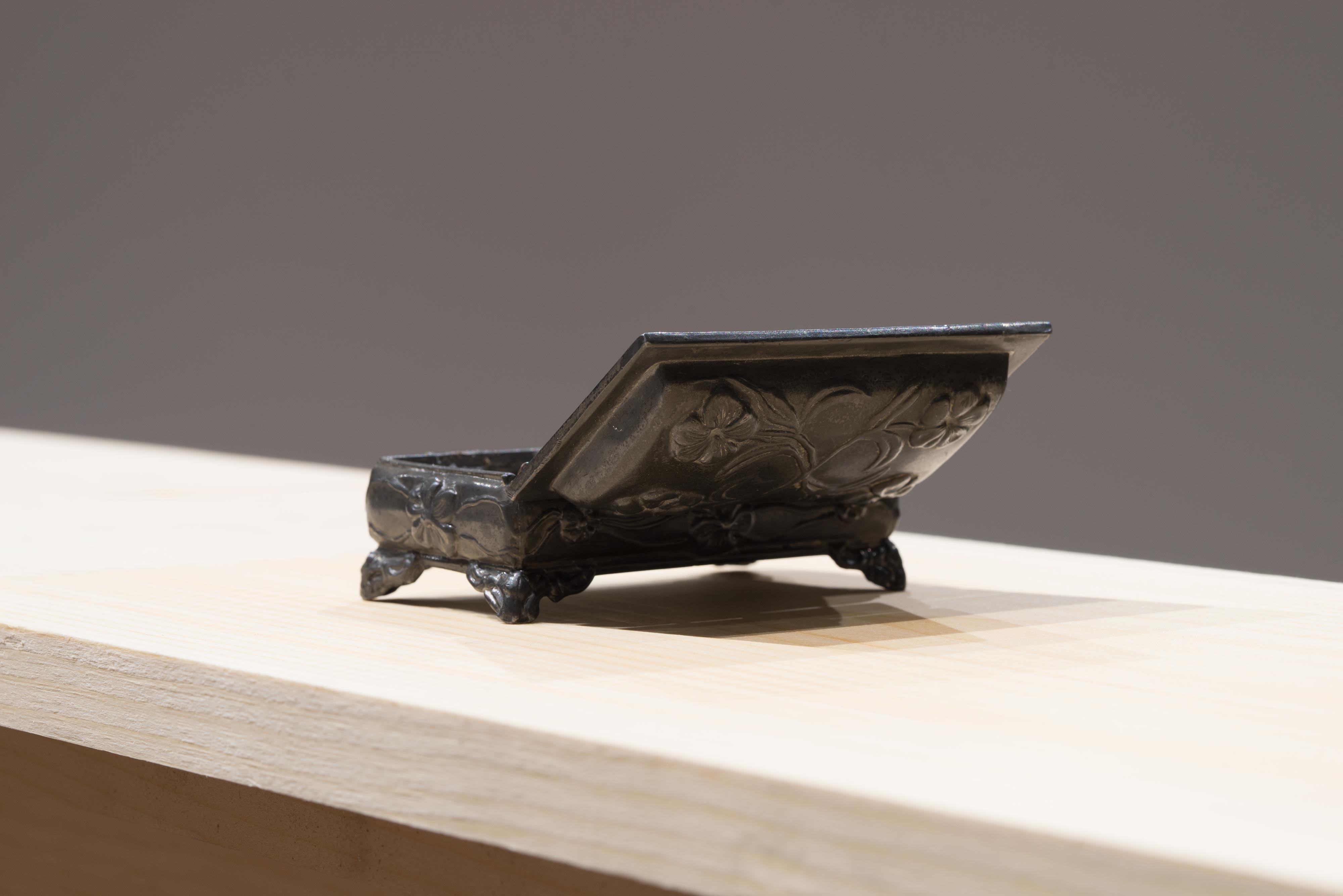 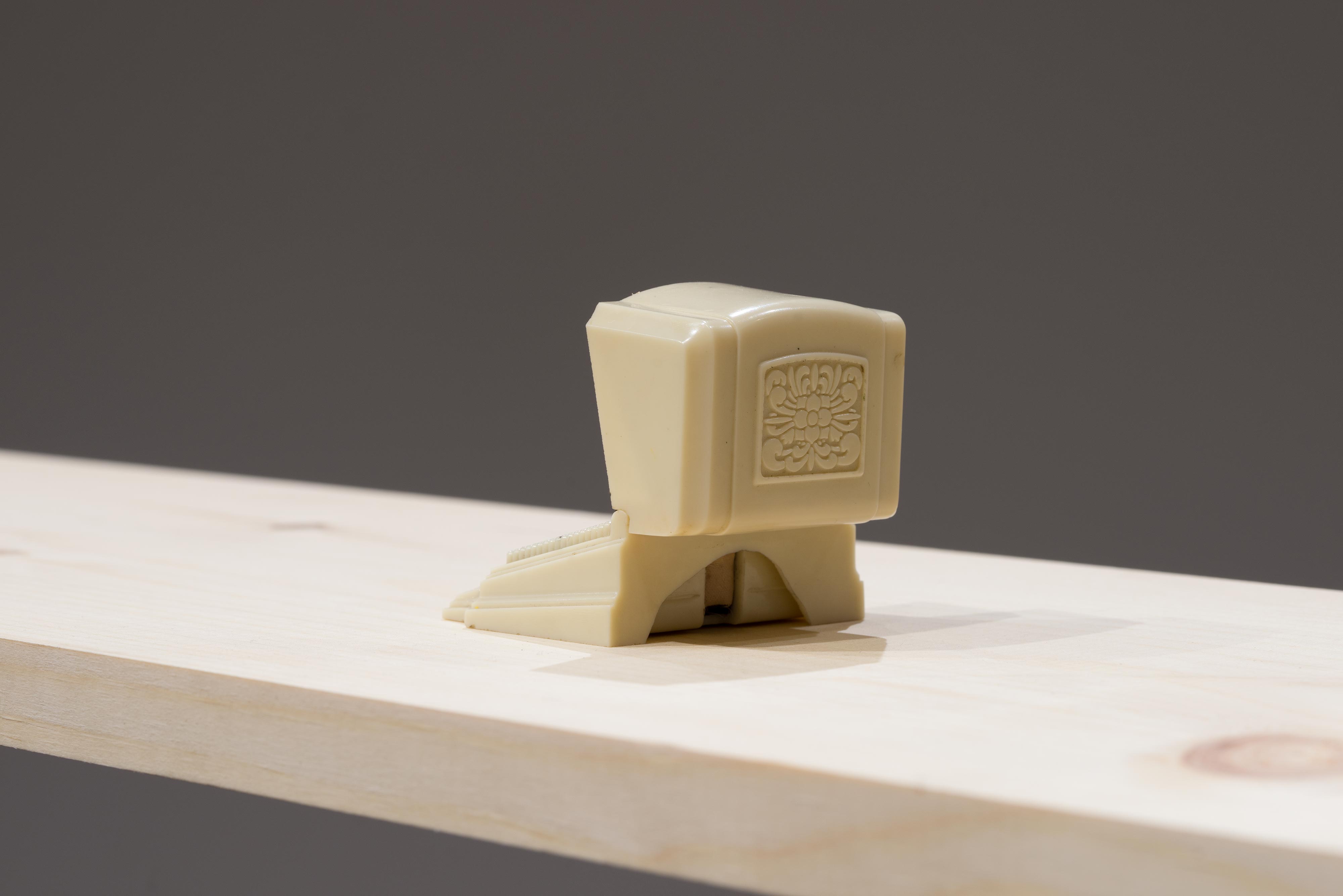 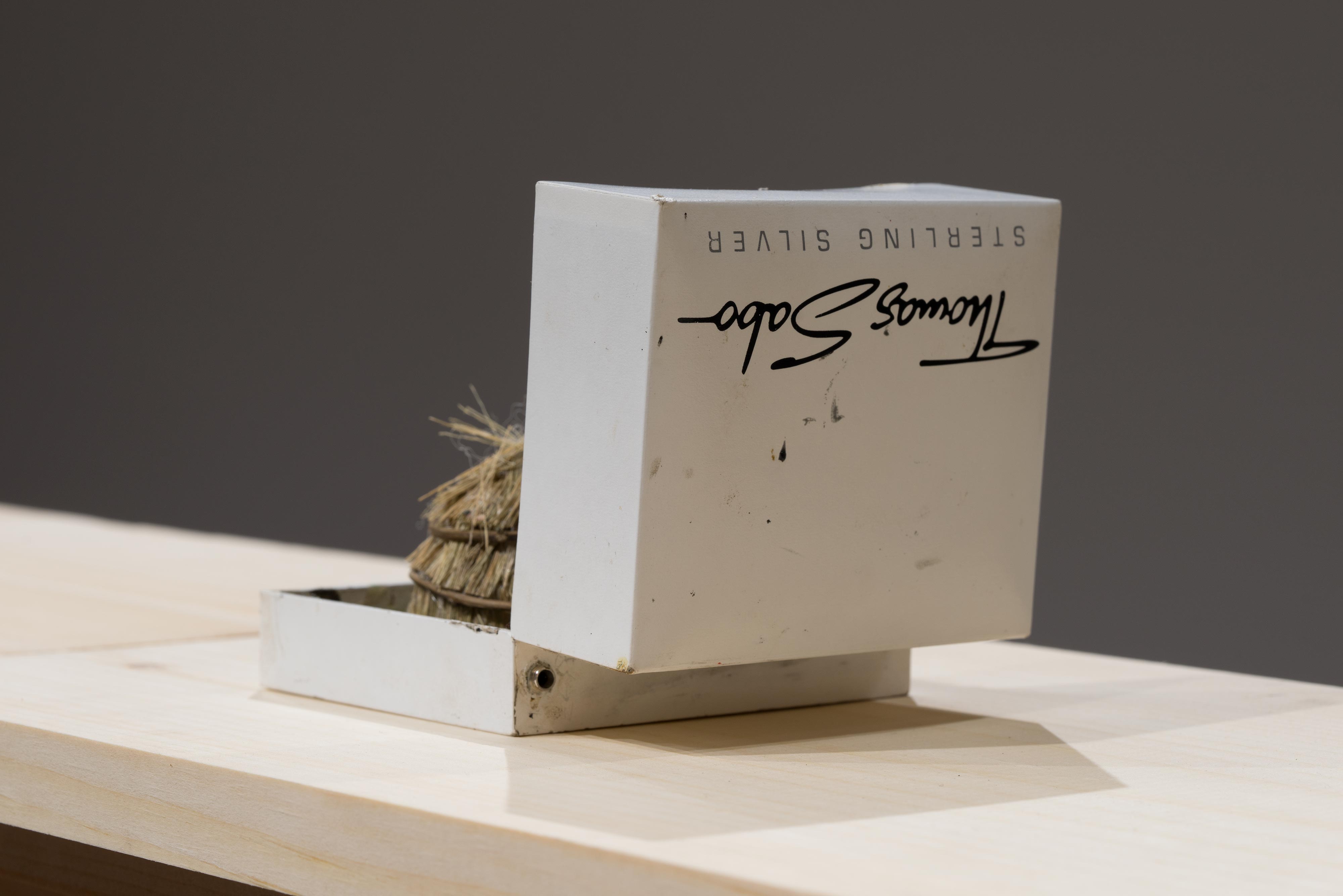 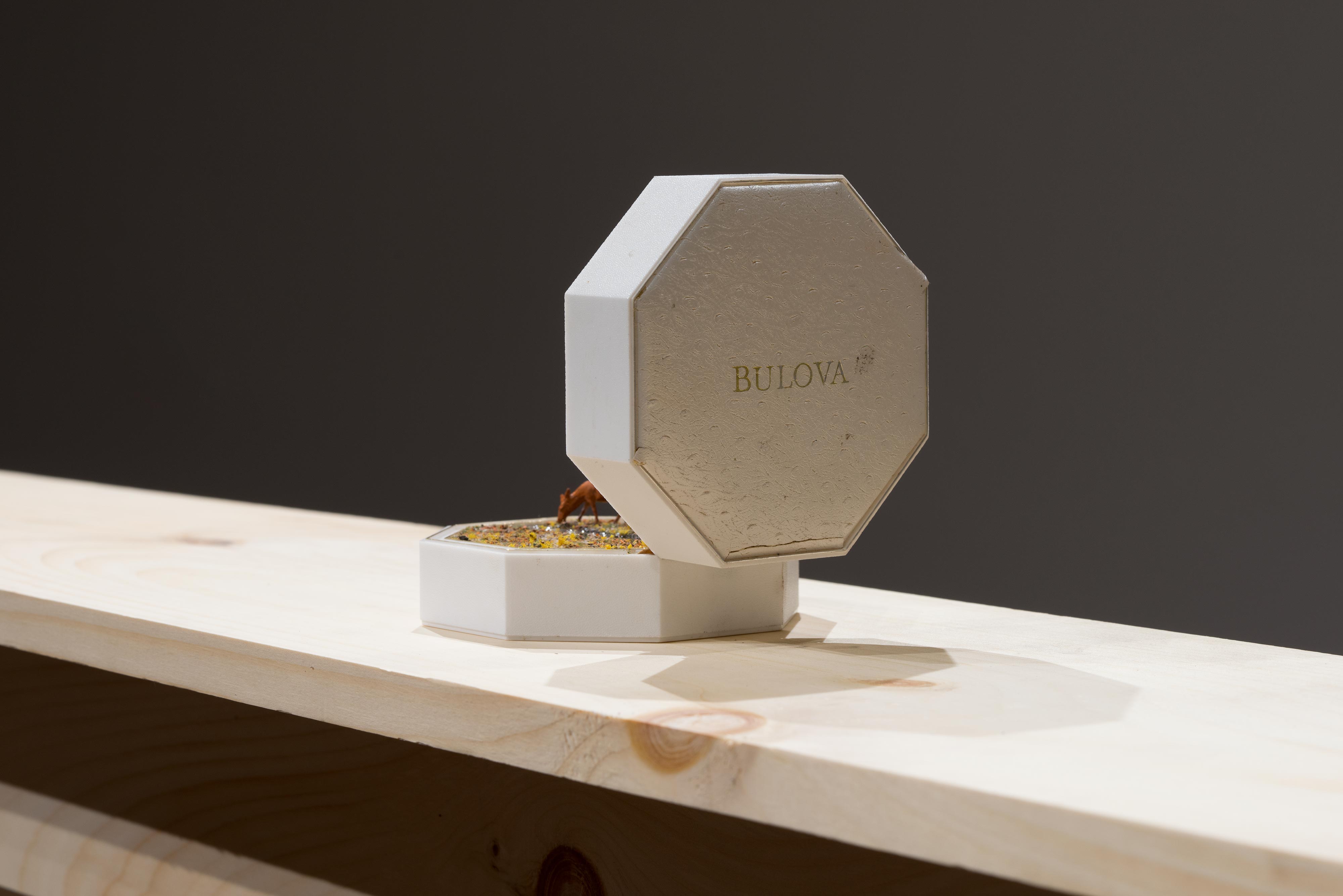 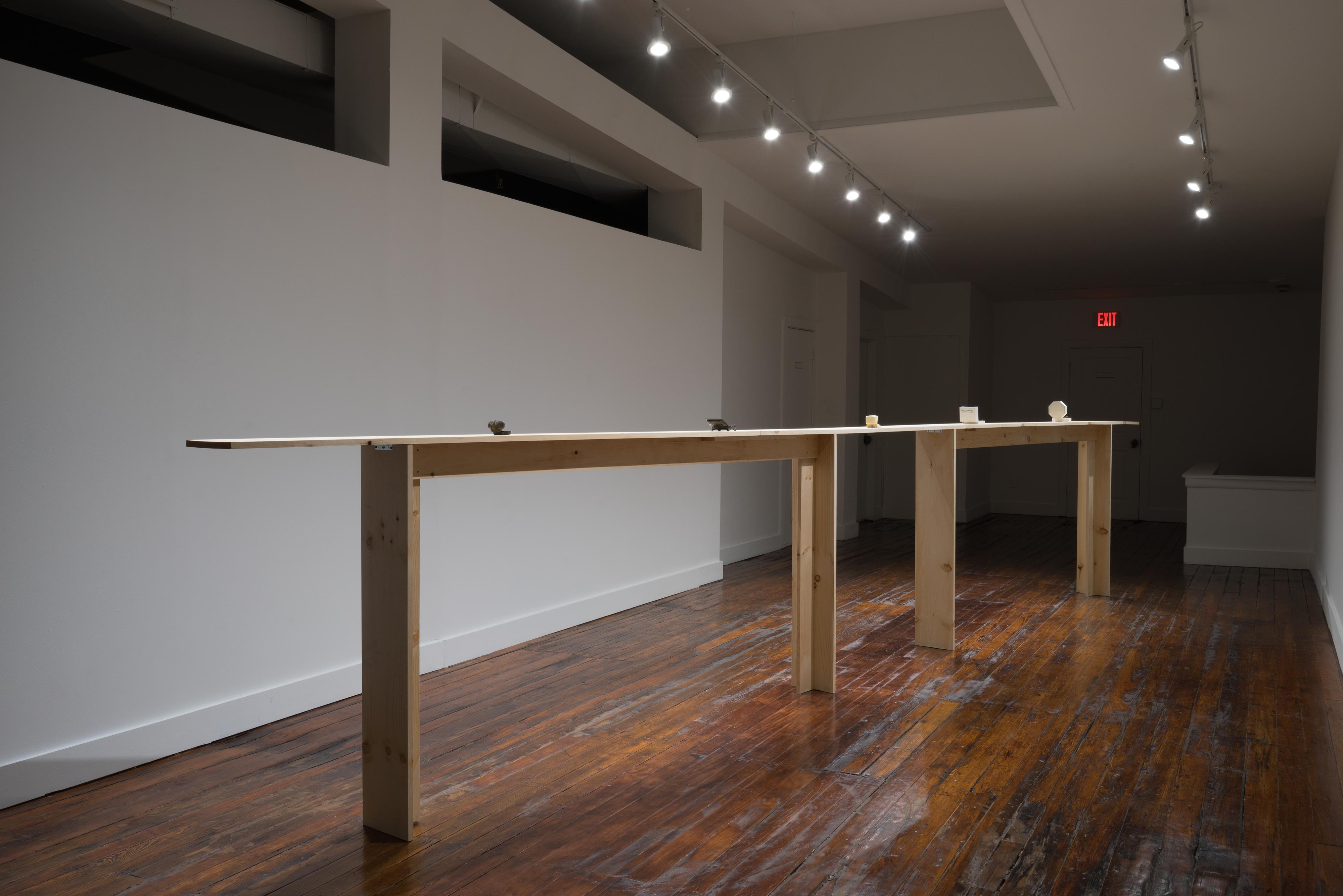 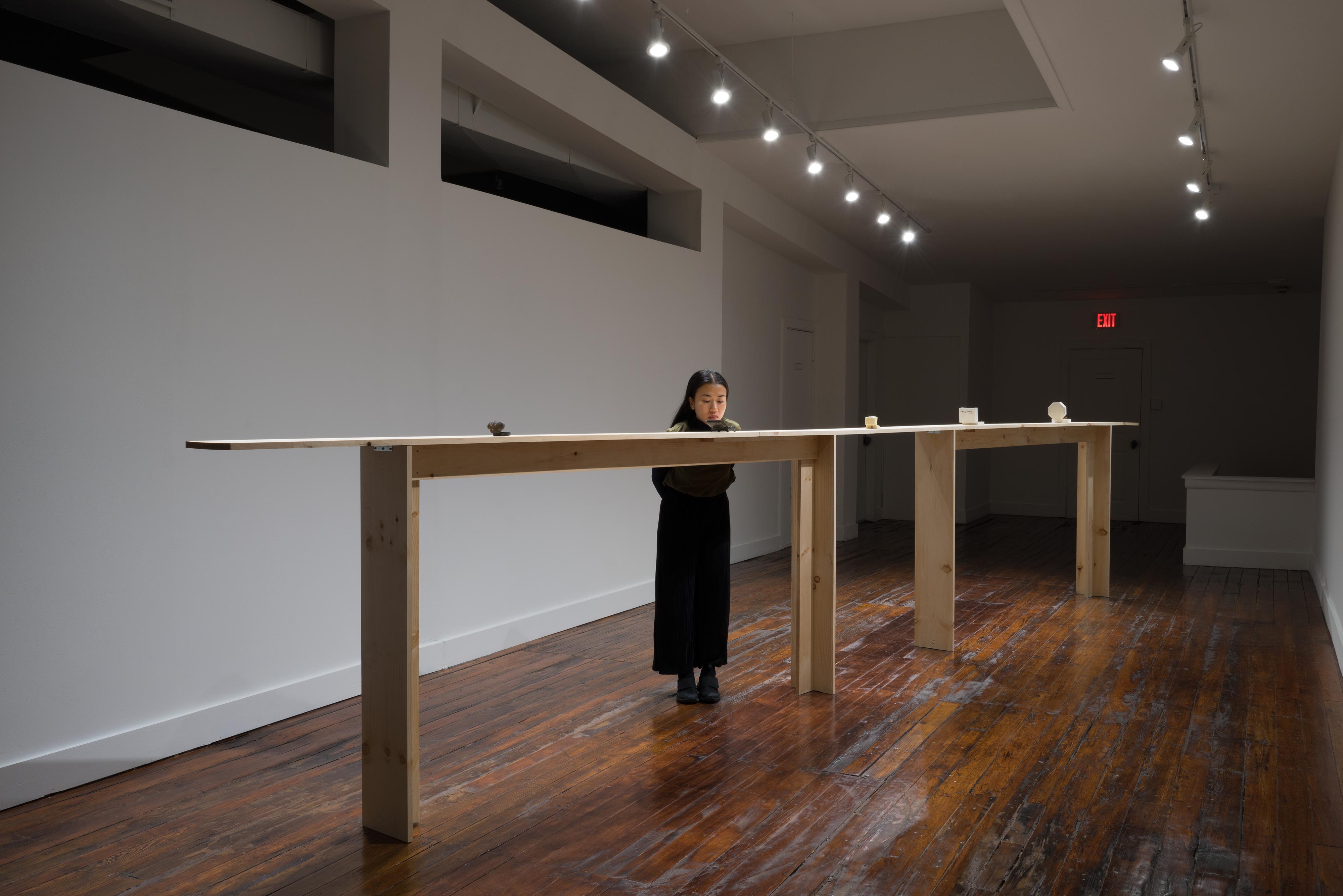 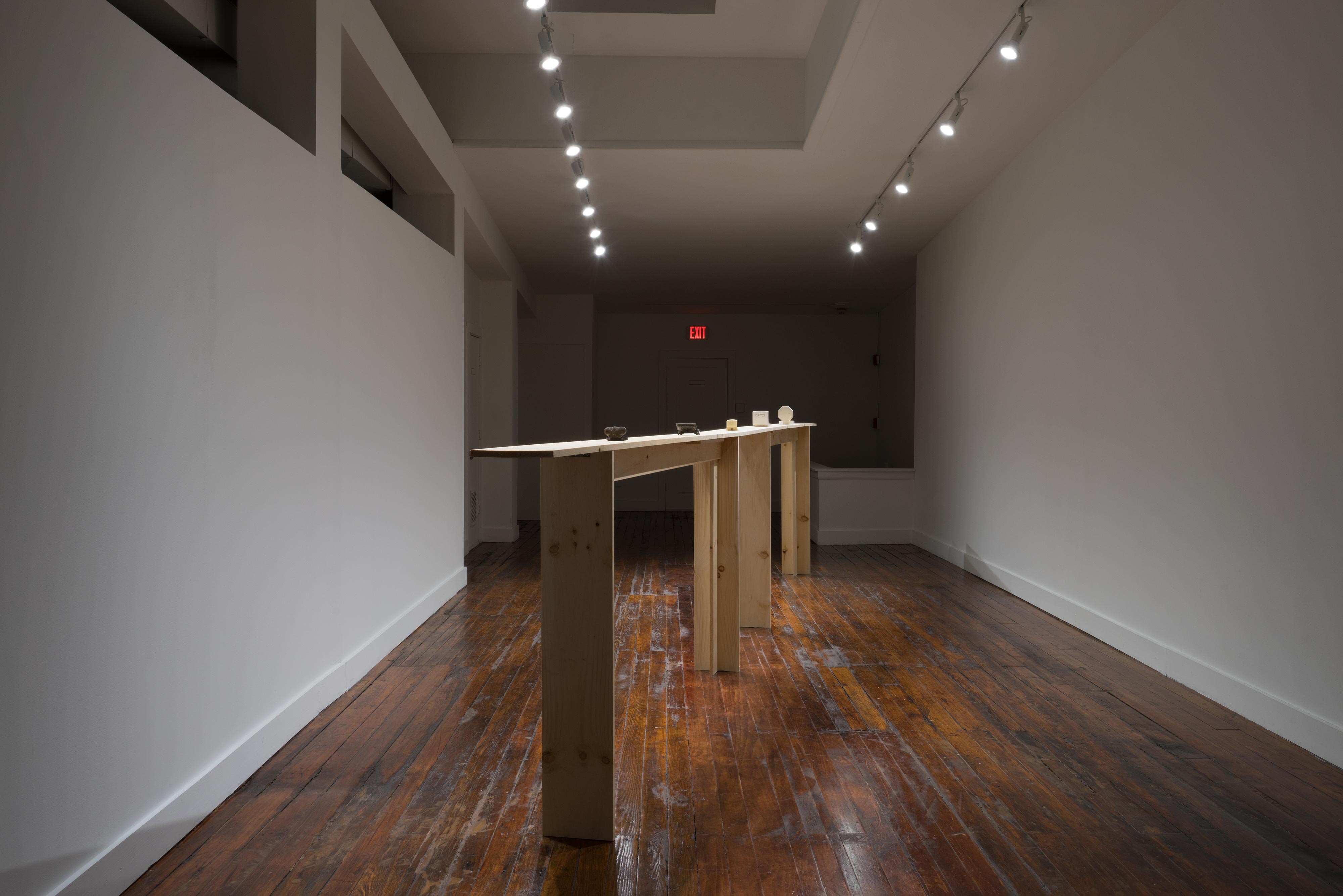 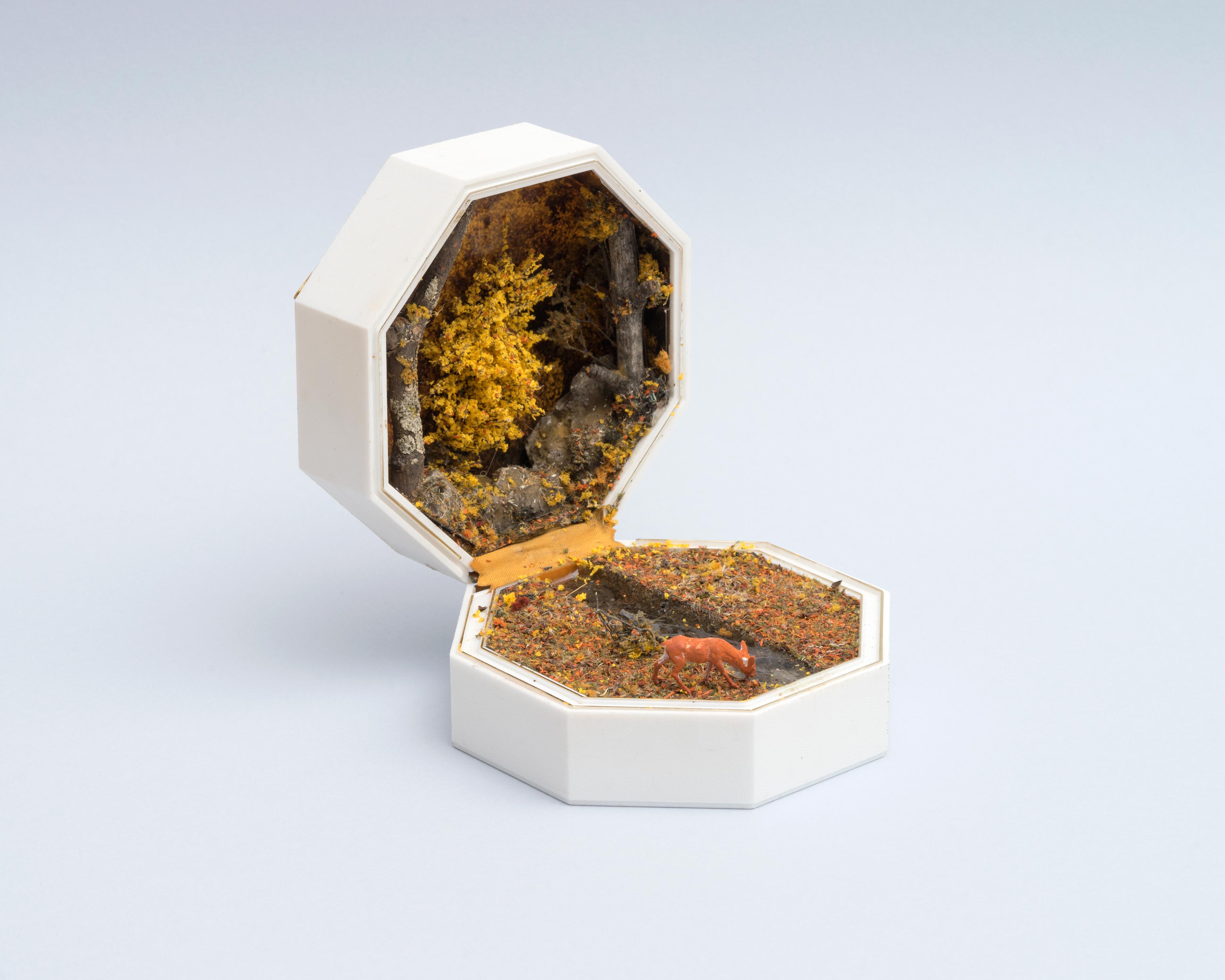 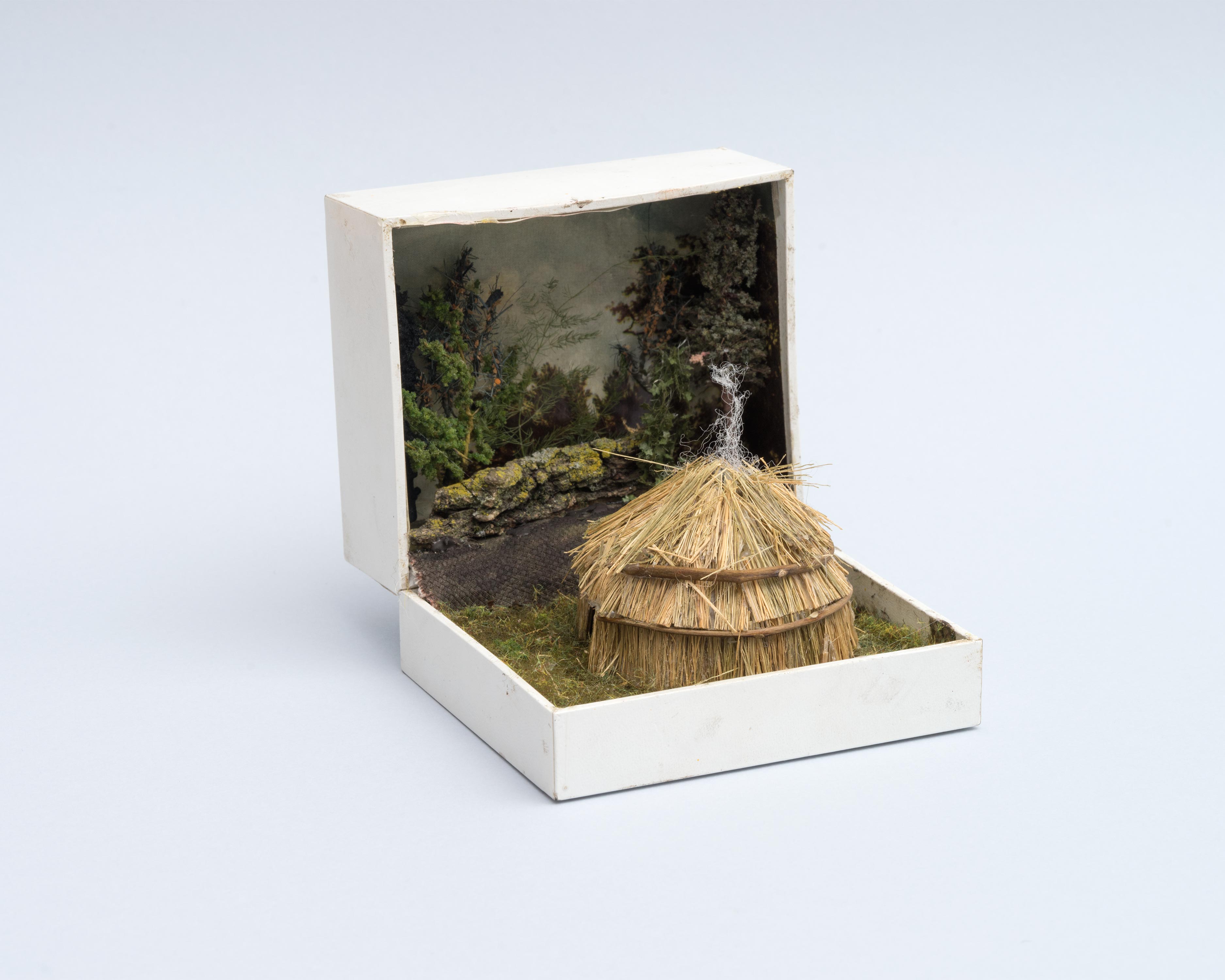 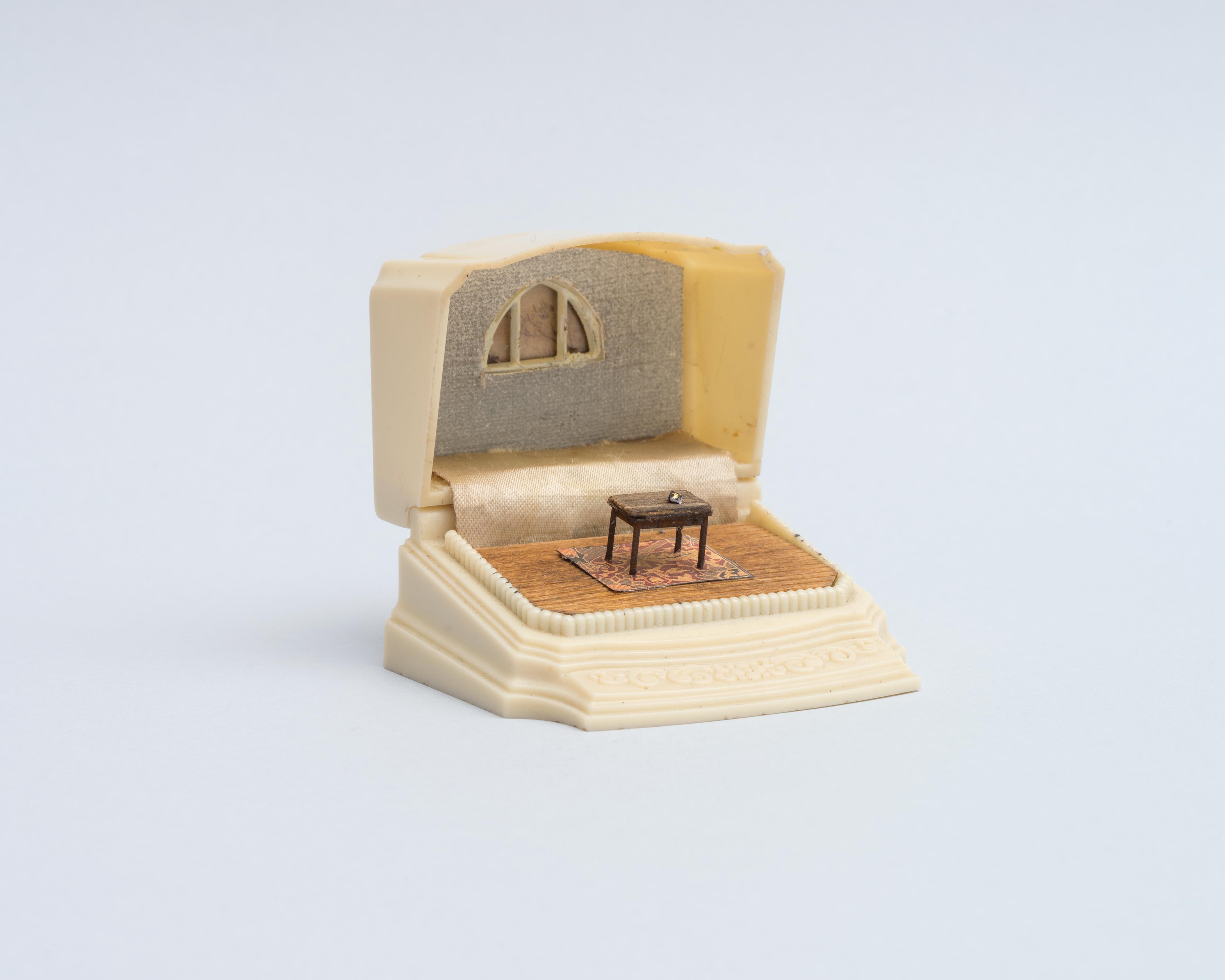 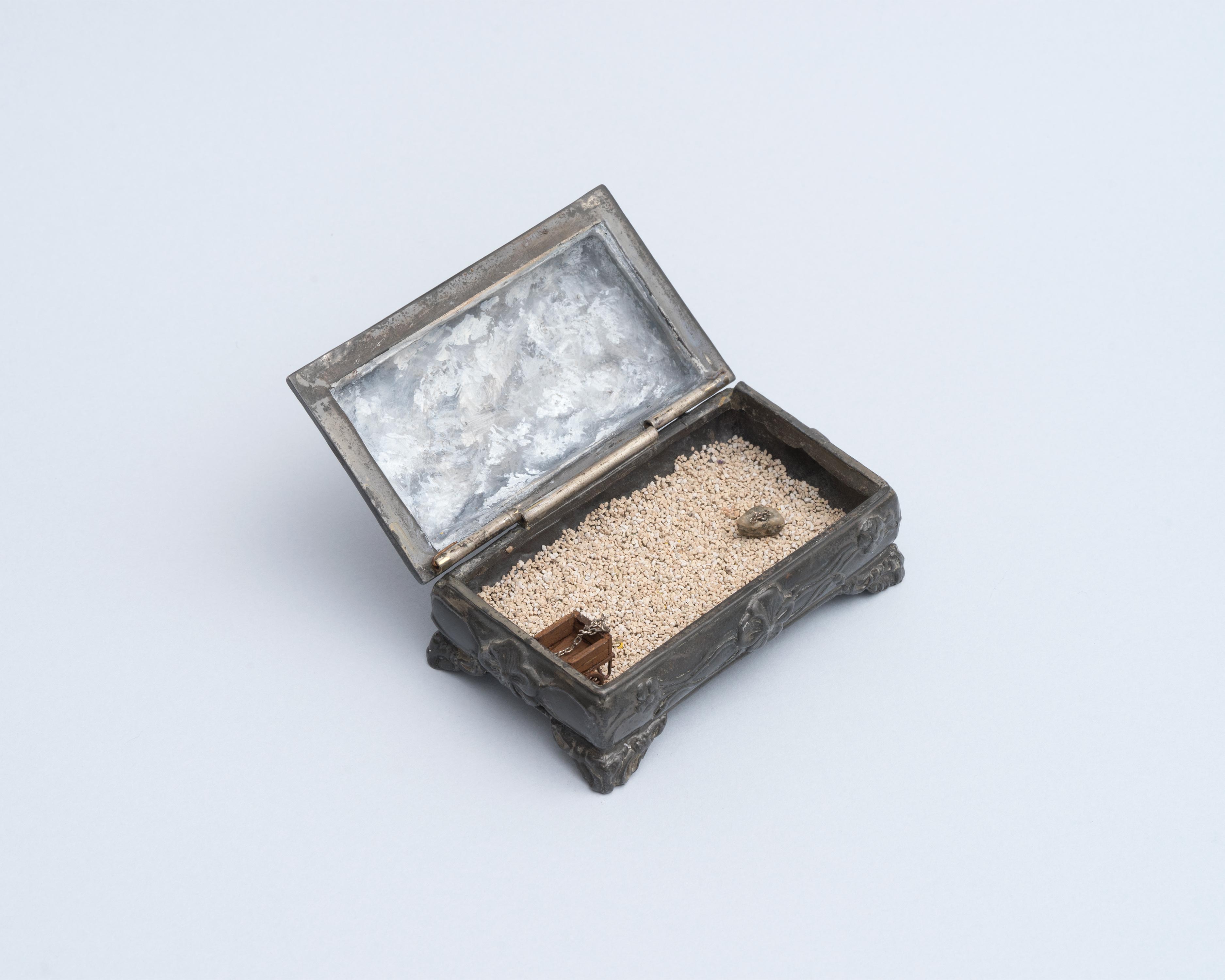 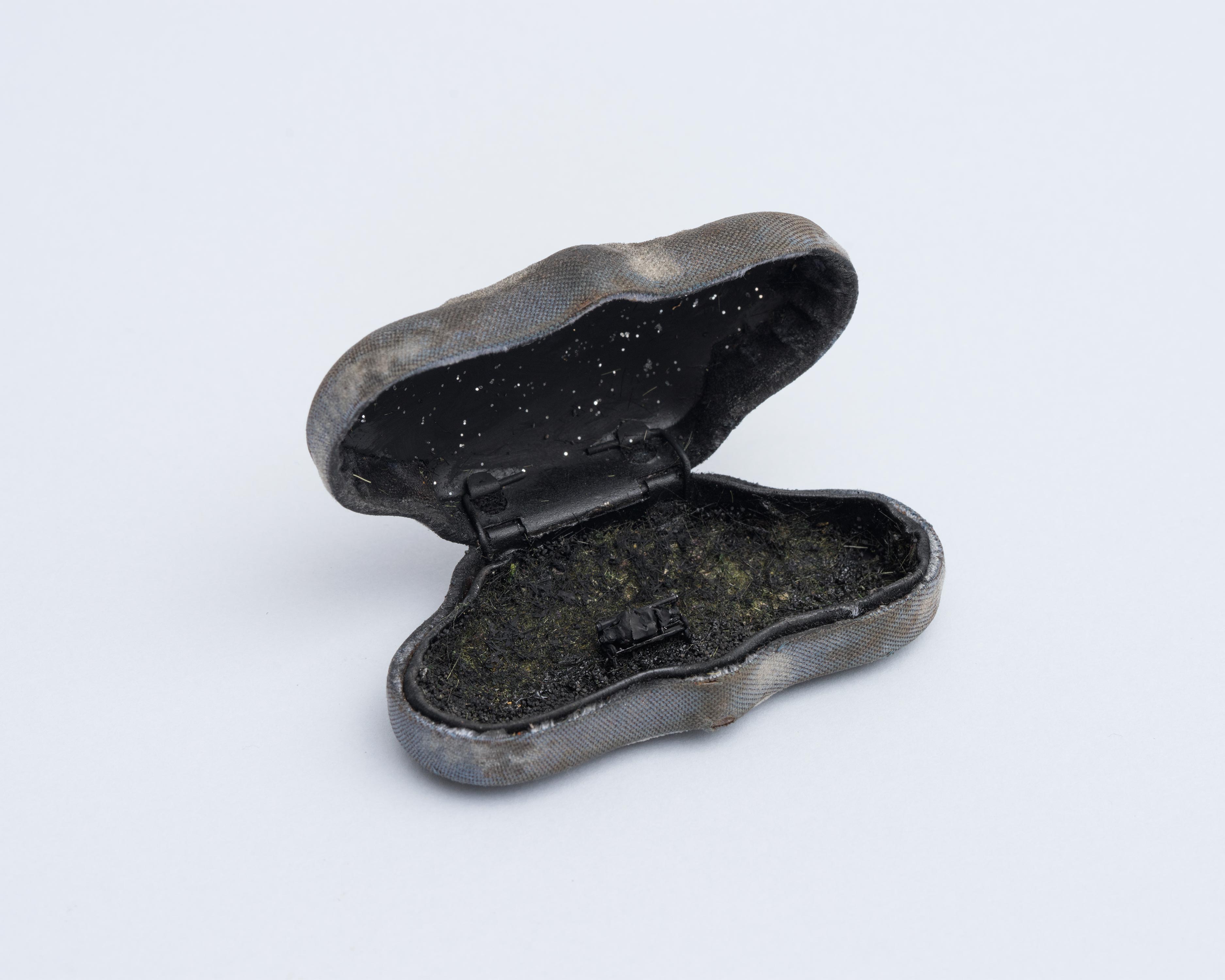 Lord Ludd is pleased to present a solo exhibition of new work by Curtis Talwst Santiago. This will be the artist’s first exhibition in Philadelphia and first with the gallery. The exhibition will open on November 11 with a reception from 6pm to 8pm, and will continue through December 18, 2016.

Tiny Worlds of Pleasure and Pain
By Jared Quinton

Though instantly recognizable, the tiny sculptures of Curtis Talwst Santiago defy easy categorization. In reclaimed ring boxes, he crafts miniature scenes with an eye for detail that confounds the mind—scenes that collapse historical tropes with contemporary memes, forgotten narratives with current events. The son of Trinidadian emigrés to Canada, Talwst pays particular heed to racism and colonialism, whose effects in the present moment he traces throughout history and diaspora.

Some of his best known works respond to the 2014 deaths of Eric Garner and Mike Brown at the hands of police—cultural touchpoints that galvanized an anti-racist and anti-brutality movement. In Por Qué? (2015), he freezes the moment in which Garner’s life was choked out of him, but this time a second version of the man floats above and away from the scene, illuminated from within. In The Execution of Michael Brown (2015), he reimagines the Ferguson teenager’s fatal encounter as the execution of the martyr in Goya’s Third of May 1808. Both reveal the particular collapsing of time, imagery, and culture that is a hallmark of Talwst’s practice, connections he describes as coming to him in fits of inspiration and desperation.

For Market Value, his first exhibition with Lord Ludd, Talwst is creating a new series of ring boxes that explore the history of Market Street in Philadelphia, where the gallery is located. The artist’s mode of site-specific historical realism has particular resonance in the city, home to the American painter Henry Ossawa Tanner. Talwst’s “timeline” begins with a pristine, prehistoric riverine landscape of the Nanganesey, the Lenape name for present day Mill Creek. Soaring through history, the sequence touches on Pre-Columbian daily life, Philadelphia’s central role in the American Revolution, and the city’s major slave market, once sited just down the road at the corner of Front Street on the banks of the Delaware. It ends in the present moment with a vignette of a homeless black man asleep on a bench. Even when such dense research is central, however, Talwst’s practice is markedly intuitive and improvisational. “I like knowing that even in the tiny details, my fingerprint is there,” he says.

The scale of Talwst’s ring box microcosms demands an active mode of looking. It calls to mind Gothic boxwood miniatures of the early 15th century—intricately carved rosaries meant to be viewed and held in meditative prayer. We are compelled to hunch down, to squint, to get in close, to allow our eyes time to adjust, to get in even closer. Our desire for touch is activated. Only then does he seduce our eye with visual pleasure, that indescribable joy we take in feeling gigantic in the face of a miniaturized world. In this intimate, unfamiliar viewing space, his stories unfold, their joys, mysteries, and miseries as uncomfortably mixed as the ones in real life. At its core, Talwst’s practice is an attempt to order his competing empathies and sprawling interests in this chaotic world of violence and spectacle, where pleasure coexists with crushing pain. And there, the lid, always threatening to snap shut and make these tiny worlds and their marginal histories invisible once more.

Curtis Talwst Santiago is a Trinidadian-Canadian visual artist living and working in Brooklyn, New York. Talwst, a former apprentice of Lawrence Paul Yuxweluptun, is attending the New York Studio School and is currently an artist in residence at Pioneer Works in Red Hook, Brooklyn. Talwst has exhibited internationally in solo and group shows at the Studio Museum in Harlem, Hunter College, Savannah College of Art and Design, Fortnight Institute and the Art Gallery of Mississauga among others. He will participate in a residency with Gallery MOMO in Cape Town and Johannesburg, South Africa in 2017 and will be included in a forthcoming exhibition at the Art Gallery of Ontario in Toronto. His work is represented in numerous private collections and was recently acquired by the Studio Museum in Harlem.
talwst.com

Jared Quinton is a Helena Rubinstein Curatorial Fellow at the Whitney Museum Independent Study Program for 2016-17, as well as a freelance writer and current M.A. candidate at the Institute of Fine Arts, NYU, studying modern and contemporary art of the Americas. He is the author of critical objects, a daily art criticism blog.